The Compy is awesome so crisp and precise , the big stick is also great fun for low and slow passes with the flaps down more than likely setup for glider towing soon as well
H

Welcome to the site [MENTION=4410]hyunuk[/MENTION]!! There are a lot of great and friendly folks here, don't be shy about making a comment or ask a question. Also lots of great information here as well!!
Dennis

Welcome to the site [MENTION=4448]markmaral[/MENTION] This is a easy going, low drama site here. Feel free to ask questions, make comments and just enjoy yourself here. What and where do you fly? Pictures are always great to see and encouraged here!

:flyer: What Mr "On Top of Everything" said [MENTION=4448]markmaral[/MENTION] :flyer:

[MENTION=4459]Jeffro503[/MENTION] welcome to the site, throw up a quick bio / intro here. I think you will find that everyone here is very friendly and more that a couple are in the PNW. [MENTION=3348]Bipenut[/MENTION] is excited to see what I might be bringing home Thursday.

cam4569 said:
@Jeffro503 welcome to the site, throw up a quick bio / intro here. I think you will find that everyone here is very friendly and more that a couple are in the PNW. @Bipenut is excited to see what I might be bringing home Thursday.
Click to expand...

OK....I guess I'll start with saying hello to everyone here. I started flying back in 2006 and kept flying up until about 2011 - 2012 , and have been out of it since then. I had a room mate that him and his dad flew for over 20yrs that got me into the flying hobby.

I've raced and ridden motocross most of my entire life , and ran a track for 4yrs and trained many , many different kids , teens and adults about the sport of racing MX. I almost died in June of 2005 from a very bad head on collision with another rider. I spent over 3 weeks in Emanuel hospital with about 30 broken bones. and the first 5 days in ICU. I healed up really good , but was completely done with the bikes and bored out of my mind! My buddy Gary who was the RC pilot , told me about this hobby and one day said " Dude , you should come up to the flying field and watch me fly....I've almost got my hovering down ". I remember telling him " Bull crap...you can't hover a damned RC airplane! " So I went to the flying field a few days later , and sure as heck , there he was hovering his airplane! I honestly thought the hobby was stupid....until I tried it...then I was hooked!

At that moment...I knew this was something I wanted to learn. Something that would take my mind off of wanting to get back onto a bike. I learned it and flew for the next 6yrs and had a blast. I then had to move to Portland OR and I got interested into riding and racing bikes again. ( Kind of a fitness freak and I needed it ) The airplanes have been sitting ever since , but it wasn't because I didn't want to fly...it was because I was a good hour from my flying field and MX took up all my spare time.

I've been steady back on the bikes since about the end of 2011. I missed flying a lot , as it was the only hobby I have ever done that actually put my stomach into my throat ( kinda the way MX does ).

So hear I am again , getting back into flying RC and am going to try and do both , that and the bikes. I have too much fun with both my sport and my hobby to let either one go away for right now. Looking forward to meeting and flying with some of you NW guys. There are some other guys out there from the past whom might remember me , which I need to get in touch with and see if they are still doing it.

Side note : Weird seeing EF and 3DHS together. I had some of Ben's very first batch of the little 3DHS 47" yak and 47" Extra when he was first starting out. I tried to support him the best I could , so it's cool seeing how well he made it in the industry. 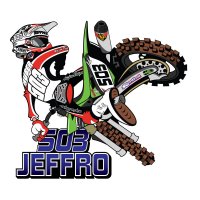 Interesting bio [MENTION=4459]Jeffro503[/MENTION]. Happy flying and riding. I look forward to your posts.

I agree with [MENTION=3978]wfahey415[/MENTION], very interesting bio, where do you fly when you can?

Bipenut said:
I agree with @wfahey415, very interesting bio, where do you fly when you can?
Click to expand...

That is totally up in the air right now. Have a lot of irons in the fire with getting my motovan and bike ready for this season. Both should be ready to go within the next couple weeks , then I'll start figuring out what planes I can get going again and what spare time I have. Man , I'll tell you what.....letting my stuff sit for 5yrs , I forget exactly what I have and where I put it. Came across a few boxes yesterday that were little gold mines I completely forgot about. Bunch of servo's , ESC's , spinners and tons of misc hardware. I really have to figure out all what I have and where to use it. My motovan should make a great plane hauler as well , as the wheel chalks come in and out and give me the full inside of the van open to put a bunch of stuff in there. About 11'-8" to the cage behind the seats. 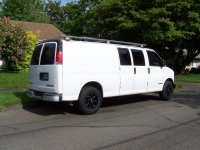